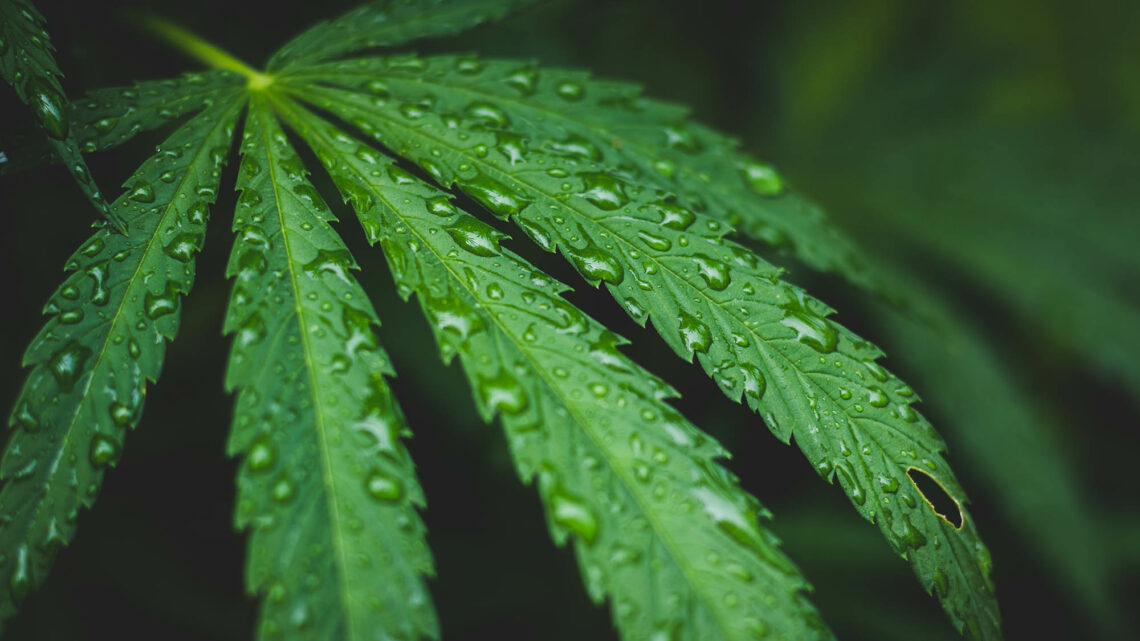 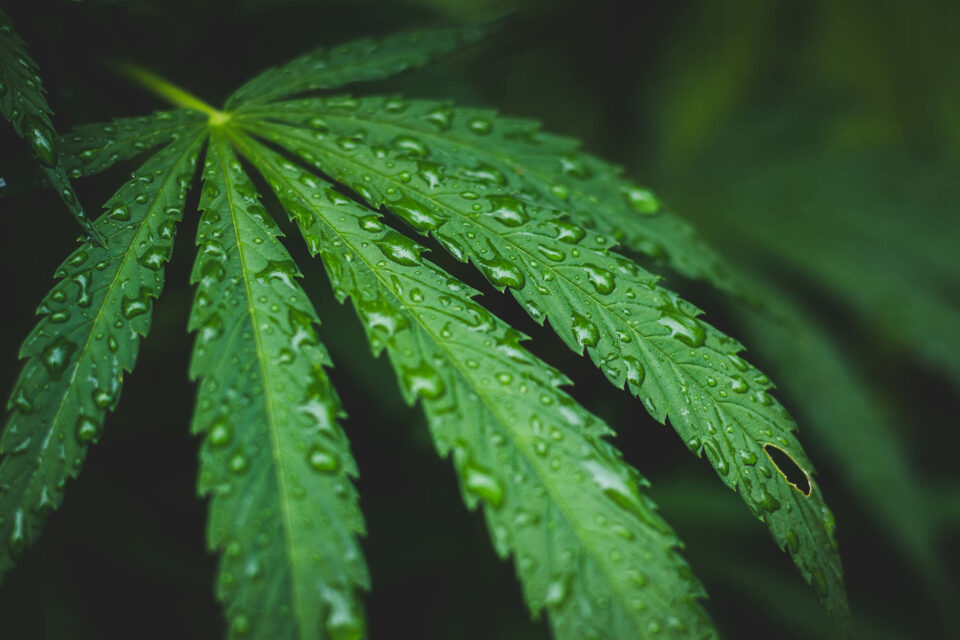 One of the impacts of climate change is water scarcity – which in turn is threatening our crop growth. While water usage for all crops is an important topic, in this blog we will focus on how water scarcity affects cannabis cultivation because cannabis is a thirsty crop that’s often grown in climates where water is scarce – like the western United States. We will discuss solutions for water recapture, reuse, and usage rates, which can translate into future business successes as well as cost savings.

It is important to consider that efficiency doesn’t just refer to power, but also water usage. Much time has been dedicated to minimizing power usage in the greenhouse because of its direct impact on operational expenses. Being a cheaper resource, water and specifically water efficiency, has been a lower priority issue. Whatever its cost, water is a critical element to agriculture and cultivation in the western states, so we must recognize the current water shortage as an immediate issue for cultivators in the West who plan on continuing to grow for the foreseeable future.

Drought and the Colorado River

For the six states of the US Southwest (Arizona, California, Colorado, Nevada, New Mexico, and Utah)i, January 2020 through August 2021 have been exceptional in the instrumental climate record since 1895, with the lowest total precipitation and the third-highest daily average temperatures recorded, which together imposed an unyielding, unprecedented, and costly drought. This exceptional drought punctuates a two-decade period of persistently warm and dry conditions throughout the region. 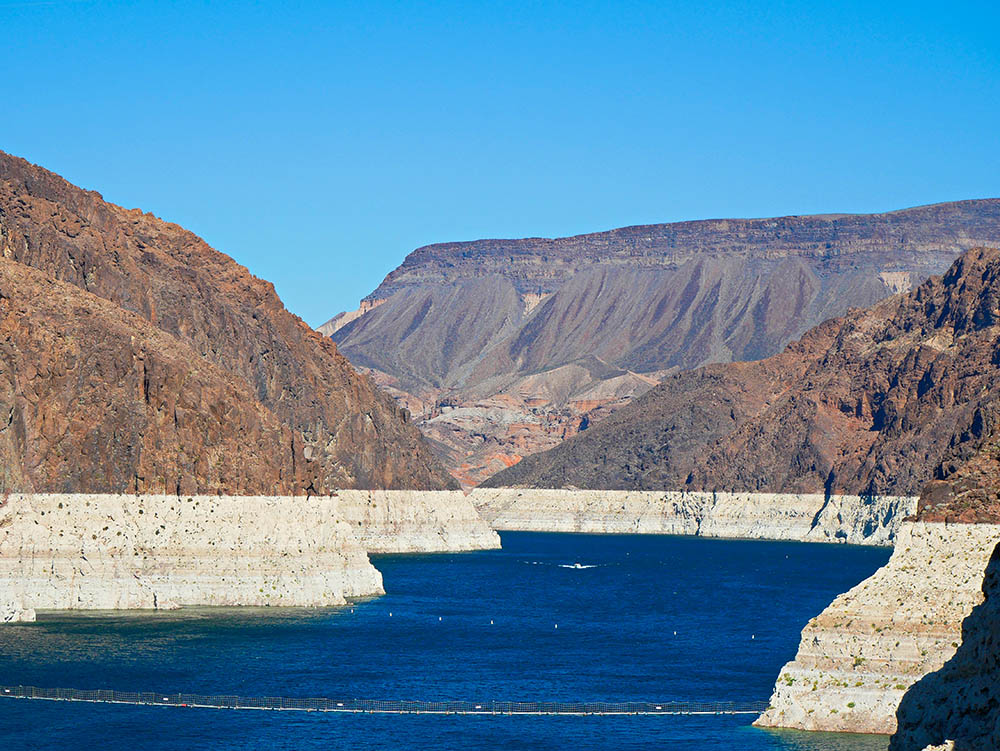 Photo by J Gillispie on Shutterstock

Arizona, California, Colorado, Nevada, New Mexico, and Oregon account for 71% of the nation’s total cannabis supply, both legal and illicit. According to the National Oceanic and Atmospheric Administration’s Drought Monitor, these same states are also facing severe to exceptional drought conditions. 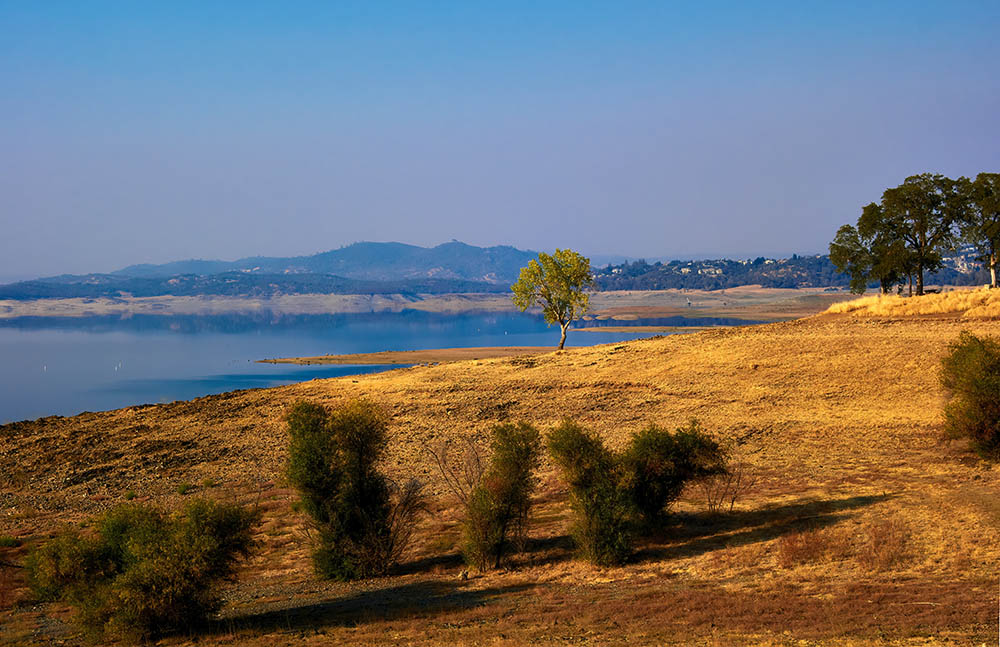 Photo by Simon Hurry on Unsplash

Considering the states with the highest amount of cannabis cultivation in the US also have the least amount of water available, there is an obvious need to increase water efficiency in cannabis facilities in these states.

According to the Journal of Cannabis Research reviewing Wilson et al. 2019 (https://escholarship.org/uc/item/9zd6r32x), each square foot of flowering plant canopy can use up to 0.22 gallons per day, depending on the stage of the crops development. Assuming one plant takes up 10 sq.ft, that would mean one plant could use up to 2.2 gallons per day. For the water calculations in this essay, we will base our estimates on the .22 gallons per square foot per day for plants cultivated indoors and in greenhouses.

Water usage in a vented greenhouse

To demonstrate what these water usage numbers could add up to over the span of a year, we will use the example of a 15,000 square foot greenhouse space (the average size of a phase 1 Ceres cannabis build). If 80% percent of the greenhouse’s square footage is dedicated to plant canopy, the plant canopy space is 12,000 square feet. At .22 gallons per square foot per day, a traditional (non-Ceres) greenhouse of this size could use up to 2,640 gallons per day, or up to 963,600 gallons per year. Because traditional greenhouses are almost always vented, that water is exhausted to the exterior of the building and lost to the atmosphere. This is a lot of water used and wasted. To put things into perspective, the average American household uses 300 gallons per day, or just under 110,000 gallons of water per year  (https://www.epa.gov/watersense/how-we-use-water) 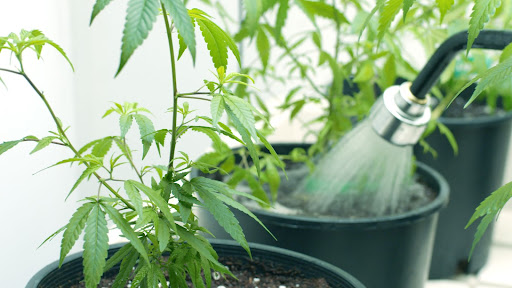 Photo by Cascade Creative on shutterstock.com

So how do we increase water efficiency?

The easiest way to reduce water consumption in a grow facility is by reusing water via the dehumidification process. Almost all of the water fed to a plant is transpired through the plant, exiting through the leaves, and ending up as water vapor in the air. Depending on the style and media used for growing, not all of the water will necessarily be moved through transpiration, but it will end up in the air in the greenhouse regardless (surface evaporation from irrigated soil/coco/rockwool). Well designed facilities may also use high pressure fogging to increase humidity levels when needed as part of the environmental control process, which can further increase water vapor in the air.

The process of controlling the environment for both temperature and humidity (usually based on vapor pressure deficit, or VPD) in a grow room is very reliant on dehumidification. Through dehumidification, up to 95% of the water introduced to a sealed growing space, both from irrigation and fogging, can be recaptured and reused.

The tighter your greenhouse is sealed, the more water you can reclaim in your growing space

Sealed facilities are only as “sealed” as their construction allows. A sealed or non-vented greenhouse is usually only partially sealed, because of poor insulation, leaky glazing connections, etc. In a facility like this, we would expect somewhere between 1 and 3 involuntary air exchanges per hour. For water reclamation, this means you can recoup less water from the environment because some of it is being lost to those leaky spots in the building envelope.

Indoor grows tend to fare much better in this realm because the buildings are built to some sort of code, so involuntary air exchanges are minimized and water reclaim can be significant. 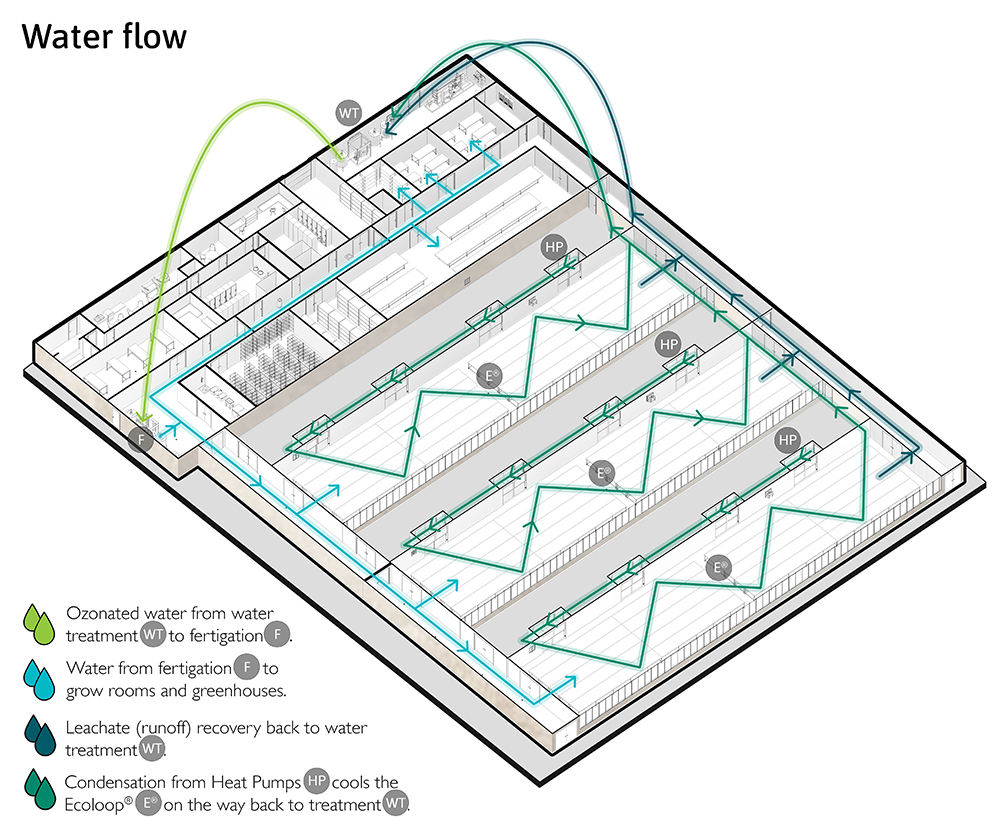 At Ceres we offer a sealed greenhouse solution with an involuntary air exchange rate similar to that of an indoor grow in terms of the tightness of the building envelope. It’s called the Ceres SunChamber™and it is built with high efficiency glazings for sun-harvesting capabilities along with highly insulated wall sections and high efficiency HVAC systems holistically designed into a sealed (non-venting) cultivation solution. The SunChamber™ requires minimal supplemental lighting and less water to grow very high quality cannabis at a very low operational cost.

Ceres has identified and designed systems around the water scarcity issue and offers two types of water reclamation with each SunChamber™ that we design (condensate recovery as well as effluent recapture). Through these processes, a Ceres SunChamber™ can reduce water usage from the estimated yearly need of 963,600 gallons to a much more sustainable 96,300 gallons per year. That translates to a 15,000 square foot greenhouse footprint, producing a conservatively estimated 7,500 pounds of dried cannabis flower per year, using less water than the average household in the US. 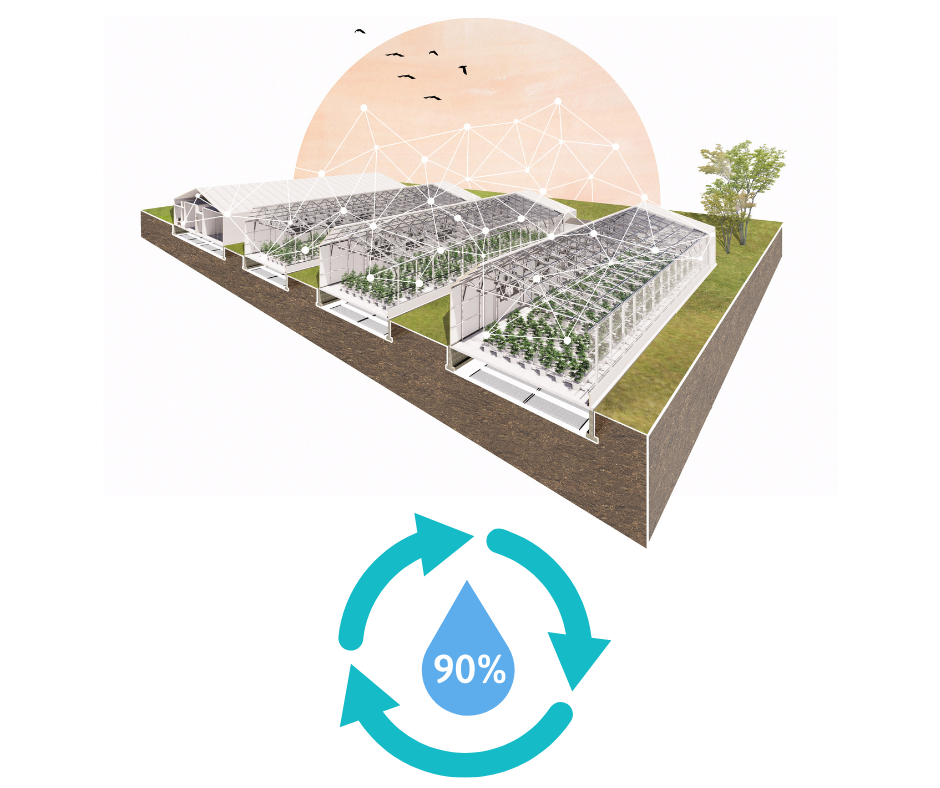 Knowing what we currently know about water availability, drought, agricultural water needs, etc., we can assume that water will become both less available and more expensive in the near future. It is therefore important for us, at Ceres, to design our greenhouses for the future and prepare our clients for long term viability. We must prepare for water unpredictability and the potential of higher costs, which could significantly increase operational expenses as well as cost/lb of sellable cannabis flower for cultivators.

The Future of Cultivation

This lesson can apply to all cultivation methods and crops. Sealed greenhouse production, while still in its infancy, has the ability to reduce water usage in farming/cultivation by up to 90%. Considering that 70% of the West’s water is used for agriculture of all types, increasing sun driven indoor agriculture could yield not only abundant year round, locally grown crops, but also bring a significant decrease in water usage in the West.

Get more articles and incentives through our newsletter!

How to Choose an Energy-Efficient HVAC System

How Cultivators Can Adapt to the Current Industry Retrenchment? Innovative Cannabis Greenhouse Design